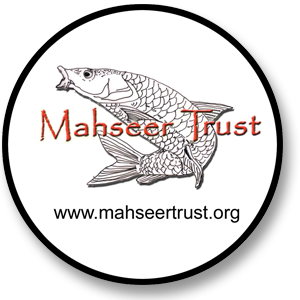 The Mahseer Trust is a UK Registered Charity, set up to conserve mahseer as flagship species, to draw awareness and greater environmental stewardship to rivers. The Trust operates throughout the mahseer range countries of south and south-east Asia and works with a broad range of international stakeholders across multiple initiatives.

Throughout the world, among sport anglers and wildlife enthusiasts, there is an enormous amount of admiration and respect for the “noble” Mahseer and it is our hope that many of these will wish to support the aims of the Trust. Although the Trust is based in the UK, we aim to work in partnership with conservation organisations in India, with Indian scientists and universities and, indeed, to engage worldwide, with individuals and organisations with an interest in Mahseer biology and conservation. By so doing, it is our hope and ambition that these great fishes will thrive and allow future generations to continue to appreciate their magnificence.essed for their conservation status by the International Union for Conservation of Nature (IUCN) in their Red List of Threatened Species.

The Mahseer Trust has the following aims:

The Mahseer Trust is run by a team of dedicated and passionate volunteers. A summary of core team members is provided below.

Since 2011, Steve has been involved in most of the projects and negotiations that have moved the Trust forward at incredible pace. Since 1997, he has worked as a photojournalist for magazines around the world, including regular articles in the UK’s weekly Angler’s Mail. Also working as a music teacher for the last 25 years, Steve is now keen to develop educational opportunities in mahseer range countries.

His experience of organising meetings, plus serving on the committees of various angling clubs, has lead to him being appointed Vice Chair (currently acting Chair) of the Trust under the new constitution.

Based at Bournemouth University (UK), Adrian is a freshwater fisheries scientist and passionate conservationist with 30 years’ experience of monitoring and managing fish populations. His first visit to South India’s River Cauvery in 2010 signified the onset of a personal obsession to address some of the many knowledge gaps and political challenges which currently constrain the development of effective conservation plans to protect mahseer.

Adrian was recruited as Director of the Mahseer Trust in 2012 and, since achieving charitable status and recruiting a new Board of Trustees in 2016, has served as Director of Research and International Relations.

Derek D’souza is based out of Banglaore India, He started fishing at the age of 4 when he would spend his summer vacation at his grandparents place in Mangalore, he started catching small catfish using a bamboo rod and line.

In 2003 during his travels to the UK, he picked up his first fishing kit and headed straight to Galibore to catch the infamous Mahseer, the rod broke into two on his first fish. There was no turning back since then for his pursuit catch his dream fish.

Andy is a fisheries scientist based at Bournemouth University (UK), with a keen interest in fish species of conservation importance. He has over 10 years’ experience in both the public and private sectors, working on all aspects of freshwater fish ecology and protection. Andy is particularly interested in the impacts of water management practices and in-river barriers on migratory fish species, including eel, salmon and lamprey.

In addition to his professional fisheries science background, Andy’s experience in website design, content management, marketing and social media saw him appointed to the Board of Trustees in 2016 as Director of Marketing and Communications.

Based in Singapore, Kelvin serves as our South-east Asia Lead. He is the IGFA representative for Singapore and has particular interest in fisheries research, conservation and the development of sustainable fisheries. An avid fly fisherman with over 20 years of experience, Kelvin discovered his passion for Mahseer on a trip to Khao Sok National Park in Thailand. He hopes to bring his passion, knowledge and experience to support the objectives of the Mahseer Trust.

Dr. Rajeev is an Assistant Professor at the Department of Fisheries Resource Management, Kerala University of Fisheries and Ocean Studies (KUFOS), Kochi, India; the South Asia Chair of the IUCN Species Survival Commission – Freshwater Fish Specialist Group (FFSG); and the IUCN Freshwater Fish Red List Authority Coordinator (for the regions of Southern, Northern and Eastern Asia and Oceania). His work over the last 15 years has focused on the diversity, distribution and conservation of freshwater fishes of the South Asian region with a special focus on the Western Ghats-Sri Lanka Biodiversity Hotspot.

As a boy Johnsingh got fascinated by mahseer by reading the fishing stories by Jim Corbett. He nurtured this interest and while serving in Wildlife Institute of India, Dehra Dun, from 1985 to 2005, he made it a point to visit almost all the mahseer habitats in Uttarakhand and has come out with a valuable report and several popular articles.

Johnsingh met his first blue-finned mahseer in Parambikulam Wildlife Sanctuary in the early 1980s and has carried out a survey of Cauvery mahseer habitat for Jungle Lodges and Resorts Pvt Ltd in 1999.

He drew the attention of mahseer conservationists to Shimsha as the only viable habitat for spawning in the stretch between Sivasamudram and Hohenekal falls. He has contributed to the training of hundreds of forest officers in India and is keen to make use of this relationship to secure a future for mahseer in India.

Jeremy John Wade is a British television presenter and author of books on angling. He is known for his television series River Monsters and Jungle Hooks.

Wade’s interest in fishing began when he was living in East Anglia, on the banks of Suffolk’s River Stour. In 1982, Wade made his first overseas trip to India’s mountain rivers. He has since made trips around the world in search of elusive fish species. He has taken many trips to the Congo and Amazon rain forests. With the aid of local fishermen, Wade travels the world to catch various fish. Wade is also a published author. With joint-author Paul Boote, in 1992 Wade published his first book, Somewhere Down the Crazy River. Wade has also written River Monsters, which details his hunts and journeys around the world.

In this scene from “River Monsters: The Lost Reels,” filmed in 2005, Jeremy Wade catches a mahseer on a river in India.
For Jeremy, the catch is an unforgettable angling experience.

“An awful lot of international anglers, among whom I include myself, are throwing their support behind the protection of the legendary mahseer. After reading classics from the pens of Jim Corbett and Skene Dhu, and how marvellous fishing for mahseer was during the British Raj, I was inspired by this fish. I have fished for the mighty mahseer, both in the north along the Ganges and the Maha Kali rivers. and in the south along the Cauvery River, which produced for me no less than three huge mahseer over 90lb during the 1980-90s. We now cannot possibly allow the destruction of this enigmatic, marvellous fish to continue” ~ John Wilson.

Through my profession as a global tour operator of angling holidays, I have been fortunate not just to provide my customers with the experience of spending time in some wonderfully unspoilt areas of India, but have also experienced the magical thrill of mahseer angling myself. It is perhaps no wonder that I have a fond affection for India, its people and its mahseer.

While the current status of mahseer stocks is still poorly understood, I very much look forward to promoting the conservation benefits of angling through encouraging anglers and those hosting Indian sport angling opportunities to collect structured records of their catches. This information is much needed by the Mahseer Trust and the wider scientific community in order to develop realistic conservation plans to protect these wonderful fish.

John Bailey is one of Europe’s best known fishermen. He’s a columnist for Coarse Fisherman, Trout Fisherman, Improve Your Coarse Fishing, The Fly Fisher’s Journal, Waterlog and Blinker and Carp Hunter’s Magazine in Europe. He also contributes to The Field, The Independent and The Daily Mail. His pioneering features have been on subjects as diverse as ferox trout, taimen, Wensum roach, Wye barbel and Indian mahseer.

John has also written over twenty-five books on angling, many recounting his adventures round the world. One, The Fishing Detective, has proved to be the inspiration behind the BBC series Tales from the Riverbank for which John was presenter and consultant. He was also author of the book of the series. John was an advisor for Channel 4’s Screaming Reels team and Radio 5’s Dirty Tackle. He presented the award-winning documentary Casting for Gold, the Himalayan mahseer spectacular, which has been networked worldwide. For four years, John was presenter, along with Joy Hicklin-Bailey, of the BBC 2’s series A Week in the Country and the Countryside Hour. John is currently preparing to film around the Caspian Sea, highlighting the plight of the sturgeon at the hand of the Mafia. His latest book, Trout at Ten Thousand Feet, published by New Holland is a gripping account of his life as a travelling fisherman. 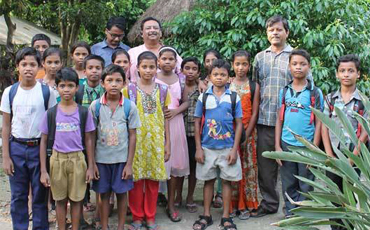 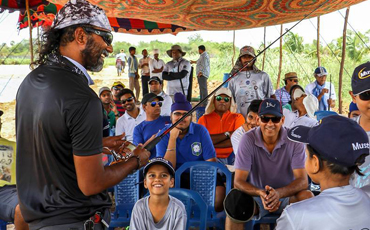 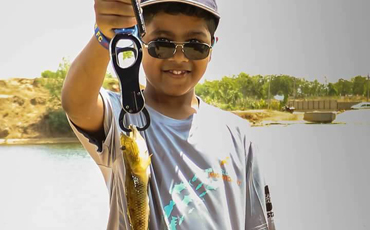 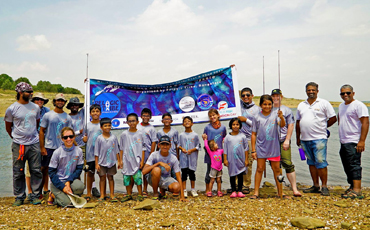 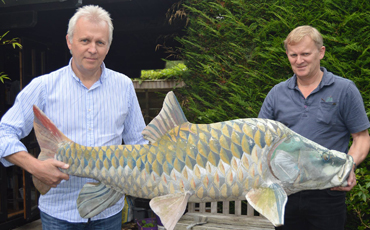 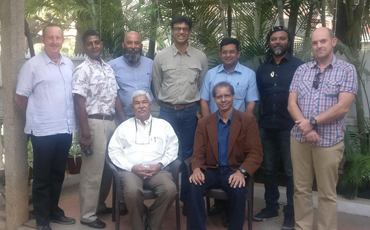 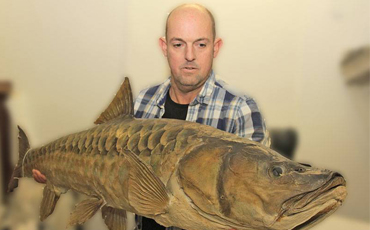