L. Wilson & Co. was established in 1946 by Leslie Wilson, starting as a small manufacturing business that made swivels on the kitchen table of the family home.

Recognising a need for rod building components, and being a fitter and turner by trade, Les began producing ferrules, reel seats and guides for Butterworth rods.

During this period between the late 1950s and late 1960s, L. Wilson & Co. were the largest manufacturer of rod building components in Australia and were one of Australia’s largest buyers of brass tubing. It was also during this period that Les developed the much-copied rolled ferrule, a ferrule design that had a rolled lip to allow easier insertion of the male portion of the ferrule.

As Wilsons grew, they changed premises. From their family home in East Brisbane, they moved to the Manilla Street operation in 1972. They relocated to their current premises in Tingalpa in 1992, expanding into the building next door in 2000.

During the developmental years Wilsons became a very well known industry name. Even while they were manufacturing most of the fishing rod components for Butterworth, as well as most other rod makers, the people at Wilsons were out there doing the hard yards that have seen the company develop into a massive business.

Wilsons has also acted as an agent for many of today’s popular brands while they developed their own identity – an identity that is now entrenched in the Australian fishing tackle industry.

Starting as a metal component manufacturer has allowed Wilsons to continue to produce their own range of gaffs, landing nets, bait pumps, rod holders and more. This in-house manufacturing ensures that the Wilson metal products are of the best quality and the company’s quality control is second to none

Wilson’s developed their own brand of rods (Live Fibre) and started a close working relationship with Kilwell that has expanded over 40 years. In 2009 L. Wilson & Co purchased the rod and blank side of B & S Laminates, including the patterns, mandrels, equipment and the legendary Snyder Glass so these rods can still be built here in Australia – something that Wilsons is very proud.

Wilsons has a close relationship with SureCatch, an international company, which has allowed both companies to grow and develop with each other’s aid. This strong alliance is evident today in the broad range of SureCatch product that Wilsons distribute in Australia.

More recently Wilsons has developed a key relationship with Zerek International. These lures are world class and innovative in the extreme.

Wilson are also the largest supplier in Australia of the world famous Mustad Hooks.

With Wilsons vast range of products and very large stock quantities of both Australian made and quality imported merchandise, they are able to outfit entire shops. Retailers can approach Wilsons and virtually get everything they need – a one stop shop.

L. Wilson & Co currently employs over 50 staff at the Brisbane warehouse along with 9 Sales Representatives around the country. Leslie Wilson still visits the company weekly but the company is Directed by his sons Graeme Wilson and Jim Gibbs and Managed by Kord Luckus who has worked at Wilsons for over 18 years.

There are many family members working within the company and many who have been working at Wilsons long enough to be considered family. L. Wilson & Co. remain 100% Australian owned and operated and they are extremely proud of the fact. 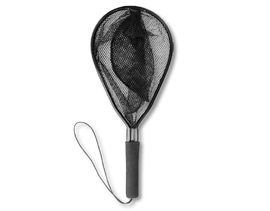 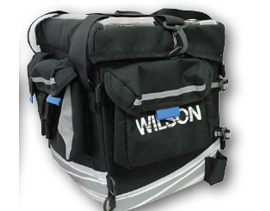 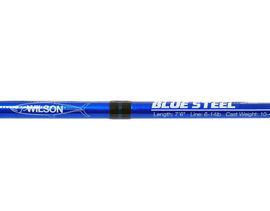 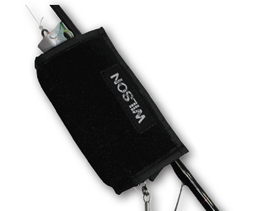 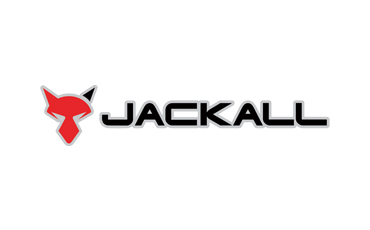